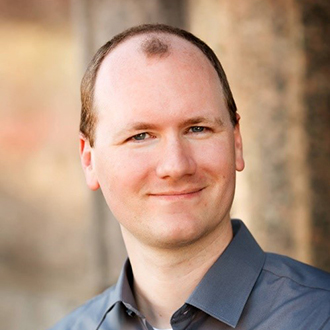 Anthony (Tony) Toepfer currently resides in St. Cloud, Minnesota, where he is an Attorney at Reichert Wenner, P.A. After completing the TAMS program in 2002, Toepfer attended the University of Texas at Dallas and received a Bachelor of Arts degree in Art and Technology. He then went on to pursue a Master’s degree in Business Administration from Texas A&M University, and a Juris Doctorate from the University of St. Thomas, Minneapolis.

What brought you to TAMS?

I was not a happy high school student. I was a relatively skinny, unathletic, nerdy kid in an average 5A high school in Texas. Classes were generally boring, and although I had a few friends I never really felt like I “fit in.” TAMS was actually recommended to me by my 9th grade English teacher. She saw that I was unhappy, and thought TAMS would be an excellent opportunity for me. I was introduced to Laura Cullen, a class of… I think 2000 TAMS grad, and after learning more about the program through her and other research it seemed like a no brainer decision to apply. TAMS gave me an opportunity to be around about 400 other kids that were like me – kids that had a passion for nerdier pursuits, loved math and science, and wouldn’t put you down for getting an A on an exam.

What did you enjoy most about your time at TAMS?

The other students. There are definitely still times where I miss living in the dorms. I remember being woken up at 3am to someone asking to borrow duct tape to secure their roommate to their bed while they slept; walking into dorm rooms near finals to view a very mathematical version of The Shining where “All work and no play…” has been replaced with calculus or physics equations covering the walls; building water balloon trebuchets not for class, but because we had nothing better to do; and just generally being accepted for who I am because I was finally surrounded by actual peers instead of people who just happened to be born in the same year.

How did your experience at UNT and TAMS shape your career path?

That’s difficult to answer.  My career path has been… erratic, to say the least. I went from a degree in video game design to working for Dell in Operations Management to working as an attorney for oil and gas companies during the North Dakota Oil boom to ultimately working exclusively in family law for the past 5 years. I suppose I would have to say TAMS encouraged me to explore my passions whatever they might be and helped give me a spring board to make that possible. When you’ve got a 4-year scholarship after graduation, but already have two years’ worth of credits, you get a lot of leeway to really explore a variety of options at the university level.

Until you’re happy with who you are, it’s going to be difficult for anyone else to be.  So, stop worrying about whether who you want to be makes the rest of the world happy.  Make yourself happy, and everyone else will step in line (…and if they don’t, you don’t need them around you anyway).

What did you do in the year immediately after graduating?

I don’t remember much of the summer that immediately followed, but I started at UT Dallas the year after.  I actually lived with an ’01 TAMS grad, Colin McKinney, a student from New York that was attending UTD on a full ride scholarship to play chess (a concept that still baffles me a bit), and a random fourth person we met online that while not the best roommate did provide me with a lifetime of stories to tell over the course of that year.  For that year I was mostly skipping class, playing video games, going to Whataburger, and occasionally working in a frenzy to turn in coding projects right before a deadline.

Prof. Braterman’s chemistry class was an 8:00am course.  It was not uncommon for some students to fall asleep.  There were only… I think 20 of us in there, and I recall coming to from a doze one day to realize I was the only person actually awake in the room.  Dr. Braterman also realized it, and when he hit a point in the lecture that he wanted class participation, he looked at me and said, “You there, the awake one…” and then asked his question.

I remember my still-best-friend James actually managing to make it rain in his bathroom.  He had turned the shower on full blast as hot as it would go to sort of make it a sauna, then sat in there to study.  Then, apparently, he fell asleep.  I went to his room for… something, who knows… and found a puddle at his door, which was unlocked.  When I went in, I found him asleep with a physics book, a running shower, a cloud of steam above his head, and actual precipitation dripping from it.  It was probably condensing and falling from the ceiling, but that’s not nearly as funny.

TAMS – 400 kids that think they do a decent job of blending in with college students but are utterly oblivious to the fact that nothing they can do will make them look like they can pass for adults.  Alternately, a whole lot of hyper-intelligent teenagers reveling in the feeling of being “normal,” as what they are becomes the baseline instead of the outlier for their peer group.

UNT – A university that feels like it spans multiple decades just by looking at it. There’s this stark contrast of new, sort of old, and ancient all in one campus.  It gives it a very neat vibe that I haven’t seen at any of the colleges I attended since.

Denton – We used to joke that Denton was where ambition went to die.  It’s an unfair cop; what we really mean is that Denton just feels absurdly relaxed.  Everything moves at its own pace in its own time, nothing feels rushed, and the people are friendly.  I can’t even count how many times I’d walk down the street and just be invited to play games and enjoy food on the lawns of people I’d never previously met.

If you could back and do it all again, would you still attend TAMS? What would you do differently, if anything, during your time as a student?

100% yes, I would do it again.  Heck, I wish it could have been a four-year program. Honestly, I don’t think I would change a thing. I could lie and say I would study harder, but anyone who actually knows me would know that would be beyond unrealistic.

Passing the Texas bar on the first shot was a pretty good one. I’ve received various accolades, but honestly, the thing that made me feel the best was when a partner at my current firm told me that a different attorney that I admire and respect had told her they thought I was “becoming an outstanding young attorney.”

Work-life balance is a thing. Money is pointless if you don’t get time to spend it; I strongly advise against going for a large law firm job with prestige and a big paycheck. I ditched it two years into my career and I’ve never been happier. I may earn less now, but I work 8-5 and I love my life.

Any TAMS student thinking about going into a legal field should feel free to hit me up with any questions. If I don’t have the answers, someone in my network does.